In 1963, Kellogg was experiencing overwhelming success in the cereal market: Fruit Loops were polishing shelves as a bright, colorful addition to breakfast, along with Mini-Wheats and Apple Jacks. Cereal had (and still does have) its merits: it can stay on shelves without spoiling for months on end. Post, Kellogg’s main competitor, hadn’t struck the same cereal-gold (we know them nowadays for Fruity Pebbles). But, they had something that would make them breakfast king over Kellogg: they found a way to keep fruit filling fresh without a refrigerator. 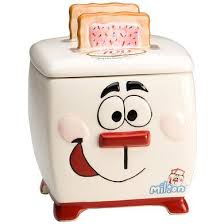 In early 1960’s, Pop Tarts advertised its new product by an animated toaster named Milton and could not keep the shelves stocked because it became so popular.

Post was about to revolutionize the way families had breakfast. Moms could send their kids off to school with handheld pastries full of fruit filling. Translation: a quick and healthy breakfast for the children. Think of all the time they could save, how much more efficient the family unit could be! To Mom’s everywhere the Pop Tart was a miracle product. They were especially fun to eat on the way to school and on those really cold mornings.

However, Post spoke too soon. They announced their foodie invention before their product hit the shelves. What at first had been a definite win for Post now turned into a business opportunity for its competitors.

Thus, the Kellogg Pop-Tart was born. With characters like Bugs Bunny, Yogi Bear and Woody Woodpecker gracing its cereal boxes, Kellogg had an “in” with kids. And they had the scoop on something big. In six months, Kellogg unveiled a new pastry that they insisted be put in the baking aisle, far away from the cereal aisle. They called it the Pop-Tart, a tip-of-the-hat to the Pop Art movement started by Andy Warhol and his neon cans of Campbell’s Soup. 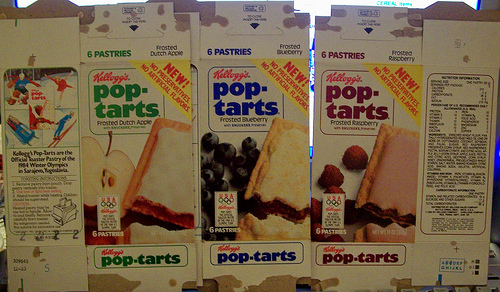 The original fab four Pop-Tarts flavors were modest: strawberry, blueberry, apple-currant (a flavor that would later be changed to apple-berry, as no one could really describe what a currant was) and brown sugar cinnamon. I think we would withdraw from these originals: they were unfrosted and…well…relatively healthy. There was a scientific reason to explain this sacrilege: frosting melted off the pastries when put in the toaster. It would take another three years for Kellogg to create a frosted Pop-Tart that wouldn’t pose a fire hazard when a kid tried to warm it up. 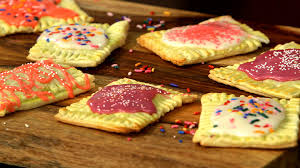 For years bakeries have been making their own, homemade versions of Pop-Tarts. However, they’re not really the same—they’re more flavorful and healthy! Homemade Pop-Tarts are buttery and flaky like pie crust, original Pop-Tarts insist on staying bland and crumbly like a shortbread cookie. Yet, the world still loves them anyways and our minds continue to create new inventions for the much-loved toaster pastry.