There are many crunchy, flavorful varieties of peppers filled with an assortment of flavors and ready for your culinary creations—from Mexican, Asian to American fare. They are often named by the region in which they were grown.

Peppers are of the nightshade family and their genus (kind) are normally capsicum or Solanaceae aka chili or regular. Most nightshade plants contain a potent toxin called solanine which is naturally produced by the plants to deter pets from eating them. So you may want to think twice before feeding a pepper to Fido or Mittens! 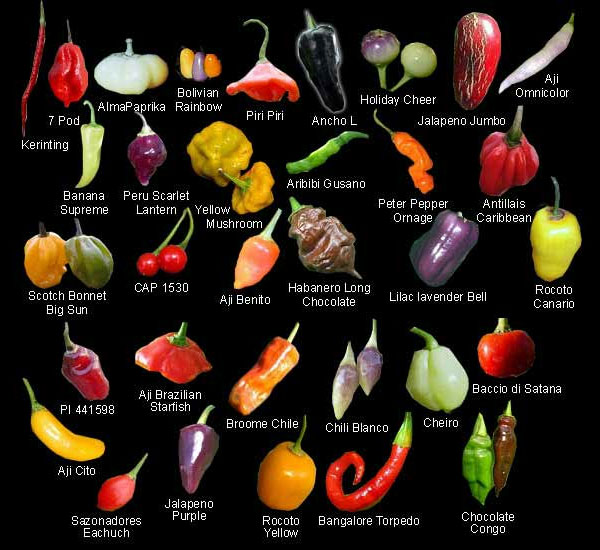 Man, who is always attempting to reinvent the wheel, continues to develop hotter variations of the chili pepper in an attempt to break the world’s record of the hottest—currently the “Trinidad Moruga Scorpion.” Peppers hotness are rated on something called a “Scoville” scale. This rating will tell you how and when to eat them and if your palate is prepared! The above information is in preparation for tomorrow’s post which includes simply one variety of this crisp, tangy vegetable named “pepper.” You won’t look at your well-known “bell or mango” the same ever again!