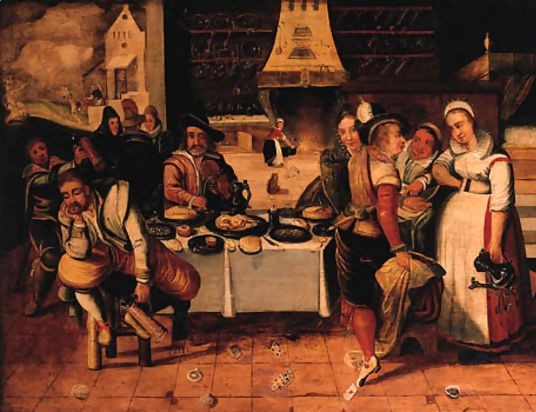 The history of Pasta alla Puttanesca carries many colorful Italian folk tales. This quick, tangy, salty, tomato-based pasta sauce is not simply that—it has a past!

Some believe that this sauce was initially created by a restaurant owner who had many guests come to his restaurant to eat late one night as he was about to close. He didn’t have enough of any one ingredient to make a meal for them all so he took everything out of his kitchen and put it together to make this well-known Italian pasta sauce.

Another not so charming tale is “puttana” in Italian means “lady of the evening.” Legend has it that this was a quick and easy pasta sauce for the puttanas to make in between customers, hence the name “puttanesca sauce.”

I was also told that puttanesca sauce was named after the term “lady of the evening” because it had everything in it. Also, because Italians are so frugal they would not throw away any food. They would just make it into this amazing tomato sauce recipe.

Finally, another speculation is that decent married women would see the ladies of the evening walking on the streets and they would throw sauce made of leftovers onto them from the balconies of their homes screaming PUTTANA, PUTTANA

Whatever the origin, this spicy pungent sauce is scrumptious. It is traditionally served over spaghetti but it also goes well with penne, bucatini, linguine and vermicelli. Pasta Puttanesca pairs well with both red and white wines; semi sweet or slightly sweet—unlike the tales that precede it 😉