Do you remember your first Twinkie? How old you were and how you felt after taking your first moist, sweet, creamy, lusciously spongy bite? No you’re not pathetic…most everyone on the planet remembers! How could we not? They were simply the best things on earth—at the time. Speaking of which, let’s enter the portal and travel down just small portion of the Twinkie time tube, shall we?

1930: James Dewar invented Twinkies when he was working as a Hostess baking manager at their Chicago plant. Hostess says, Dewar was looking to make better use of shortcake pans that sat idle when they weren’t being used during the short strawberry season. Dewar decided to inject the little golden cakes with a smooth crème filling (first banana and later vanilla following the banana shortage during World War II). The price was right, at two for a nickel! They fast became an American favorite. The advertisements suggested that folks were more likely to eat fruit when served with a Twinkie. A 1957 ad even states, “Housewives have told us their families eat even more [fruit] when Twinkies are perched on side of the plates!” Ah, those were different times.

1958: The Howdy Doody spot aired. Hostess was a sponsor of the show throughout the ’50s, so it hooked baby boomers on the spongy young. 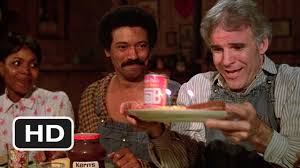 1979: Twinkies appeared in “The Jerk” as one of Navin Johnson’s birthday wishes–along with a “Tab”

1984: Twinkies make psychokinetic energy accessible to the everyman in their famous Ghostbusters appearance, leading to a parade of misguided high school physics analogies.

2013: The Metropoulos Brothers (aka the current owners) buy Hostess and promise to return Twinkies to shelves, mouths, and hearts in the Summer. Unlike the “Mall Santa” they were men of their word. Just ask Snoop Dog!

Old Time Fun Fact: 89-year-old Lewis Browning of Shelbyville, Indiana, has been eating a minimum of one Twinkie every day since 1941, consuming more than 22,000 Twinkies in his lifetime. Compare that with Twinkie founder Dewar who reportedly ate more than 40,000. Today 500 million Twinkies are baked each year! Thanks originally to Dewar’s Hostess and now the Metropolis Metropoulos Brothers’ version.

There is a lot more rich cream-filled history, but I’ll leave you with just this small tube of the spongy stuff for now. However, as DeNiro says in “Raging Bull”  “I heard things…” And just as Star Trek’s Spock “I have a plan” 😉