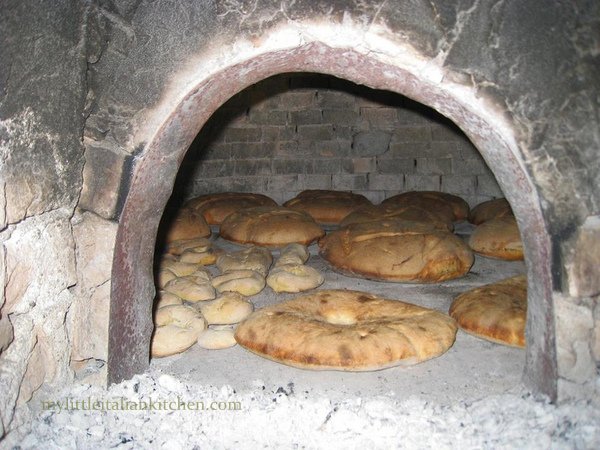 Ciabatta, Filone, Focaccia, Muffuletta, Vastedda, Ah pane…“A bread by any other name would smell as sweet.  I can sense Sir William Shakespeare rolling over in his grave as I write this…  Today, I want to briefly delve into a little history of another Italian staple; Bread or as we Italian’s affectionately call it “pane.”

Although pizza, spaghetti and other pastas are normally associated with our culture, bread or pane plays a very important role in the diets of most of us Italians. There is rarely a meal served in Italy, or at an Italian meal, where bread is not included. Italy and the word “bread” together pair well.

While no one really knows when the first bread was baked it has been around for thousands of years, with proof of being produced using the stone tools and ovens of men long ago. In ancient Rome bakers were deemed very prestigious. Bakery was not only important, but also a ritual. Ovens were even built in temples. Romans were the first bakers to produce the flour to bake what is known today as “white bread”. Romans were also responsible for tweaking the wheat’s milling techniques. Around 100 BC, it is believed that Rome contained more than 200 commercial shops that baked and sold bread. They also established a school of baking around 100 AD.

The roots of bread in Italy go far back in time. The average Italian will consume half a pound of bread a day. All Italian bread is not the same, however. This is a common misconception – that Italian bread is only one type of bread (see above) If you travel to various cities in Italy, you’ll discover that each area has its own distinct recipe for making bread.

The vast popularity of brick ovens throughout the years have contributed a great deal to the abundance of bread in Italy. Round ovens built from brick or local stone have been around in Italy for a very long time. Unlike other nations, where individuals rarely owned full rights to use an oven, ovens in Italy were typically owned by families and were smaller in size.

So, you see my friends, bread to us Italians, is not merely another type of food; it is a way of life, a state of being and an important part of our heritage. To provide a universal idea of how we Italians view “pane” I would like to quote English Poet, Robert Browning “If thou tastest a crust of bread, thou tastest all the stars and all the heavens.”