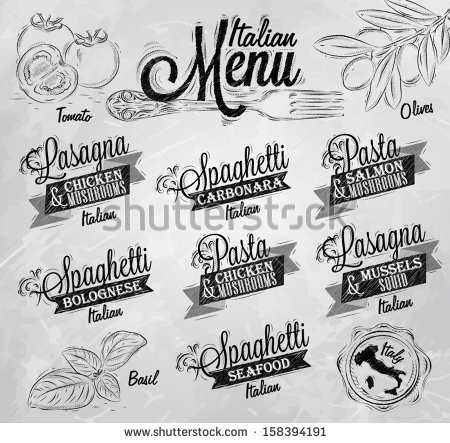 The history of lasagna is a perplexing and much debated topic among culinary historians and experts worldwide. While there are a few theories as to its origins, some believe that the word ‘lasagna’ comes from the Greek word ‘lasagnum’ which is actually the word  for the vessel the pasta was made in!

The Greeks then passed on their vessel to the Romans who developed a food which they, in turn, named ‘lasagnum’ after the Grecian container itself. They piled it high with superb, noodley saucy layers of the pasta-like food which separated the filling and served it in the “lasagnum” dish.

The Roman’s new gastronomic invention “Lasagnum” then spread like wild fire over Europe courtesy of the massive Roman Empire. It eventually found its way to Britain where it was published in the first ever cookbook. “American Cookery” Author,Amelia Simmons, Hartford, Connecticut, 1796. Yes, the Brits published the first American Cookbook…long story.

Another theory follows the same route but instead implies that the word ‘lasagna’ comes from the Greek ‘Laganon’ which is a flat sheet of pasta cut into strips. Also, as I stated in my post devoted to the origin of pasta; “There is undeniable evidence of an Etrusco-Roman noodle made from the same durum wheat used to produce modern pasta: it was called “lagane.” The dish surfaced decades later in Italy where it was renamed ‘Lasagna’. After a while the term ‘lasagna’ stopped referring to the dish and instead attached itself to the pasta based food which was made inside the dish which we know today to traditionally consist of layers of pasta, meat, vegetables, cheese and tomato sauce.

The last theory suggests that lasagne is an adaptation of a 14th century English recipe ‘Loseyn’.

There are similarities to the dish today but the major differences include the lack of tomatoes which were brought in by Columbus in 1492. The jury is out as to what were the bases for their sauces.

So, there you have it, three theories of the origin of our much-loved lasagna. Either way the dish we know and love today is unbelievably scrumptious whether it is served up vegetarian or meat based. Please look for my Siciliana e Napolitano version this Saturday where I will include a few ingredients that I bet you’ve never thought of. Hence, the mystery continues 🙂