Want to make pies like Grandma used to make? As we know, tender flaky crust is the foundation of all good pies. It will make or break the flavors of any incredible sweet or savory filling. Follow these ten tips and you will never cut into a rock hard or rubbery crust ever again. As easy as pie? You bet! No intimidation needed!

Or shortening or lard. Whatever fat the recipe calls for should be well-chilled and cut into small pieces to start with for the flakiest dough. The fat in a pie crust must maintain some of its integrity in the dough to make the flakes flaky. Starting with very cold butter makes it easier to keep from over-working the butter into the dough. If it’s hot out, you might even want to freeze the butter for 10 to 15 minutes before starting the dough. 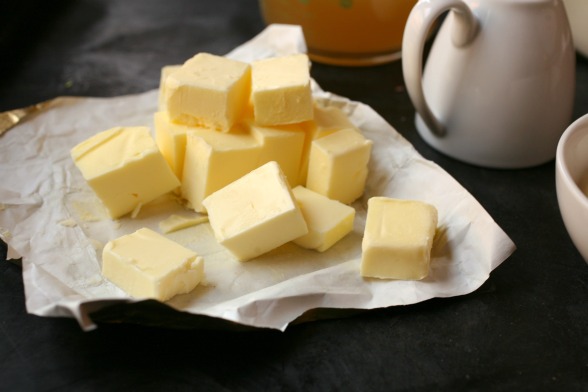 Many recipes call for you to work the fat into the flour until the mixture resembles cornmeal. That’s fine, but there should still be a few larger chunks of fat within the dough to ensure optimum flakiness.

Start off by using the minimum amount of water called for in the recipe. Water aids gluten development, which you want to avoid for a tender pie crust. Add just enough water (or other liquid) to hold the dough together when pinched between your fingers. The dough will look quite rough. One way to limit water is to use vodka instead (it has less water by volume than water does and the alcohol bakes off).

Before you chill or roll-out the dough, take the time to shape it into an even disk about an inch thick and smooth edges. Well-floured hands and a well-floured work surface will make this easier. This will make the dough much easier to roll out quickly and evenly and will help avoid cracking on the edges.

Chill the dough before you roll it out for at least 30 minutes and up to two days. Again, if it is very hot out, think about freezing the dough for 10 minutes just before you start to roll it out.

6. Roll the Dough, Turn the Dough

Roll out the dough on a very well-floured work surface with a well-floured rolling pin. With each pass of the rolling pin, turn the dough a quarter turn (about 90 degrees). This will let you know the dough is not sticking. If it starts to stick at all, lift up one side of the dough and throw a bit of flour underneath. 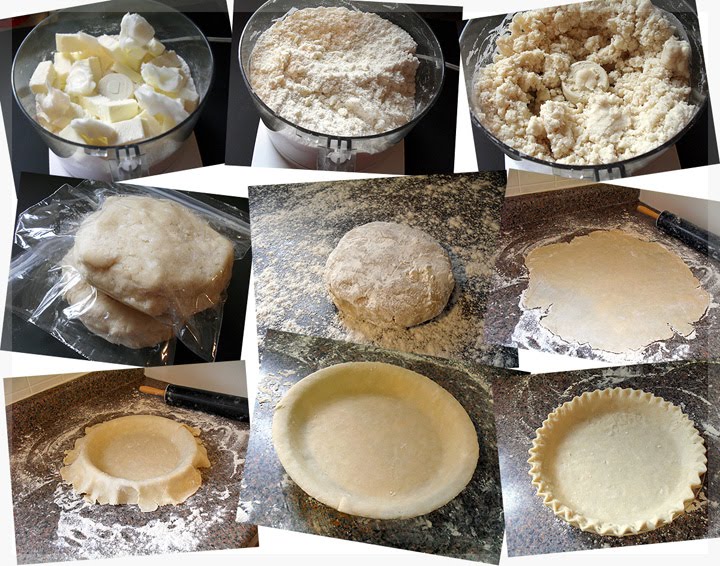 Roll out and away from yourself, then pick up the rolling pin to start from the center again. Be careful to keep the pressure of the rolling pin even across the entire circle of dough so the edges of the dough are as thick as the center – you want curbs, not driveways.

When you line the pie pan with the dough, lower the dough into pan and lift up the edges and let the dough fall down into the “corner” rather than pushing or forcing it. Dough that is stretched will simply pull back to its original shape once baked.