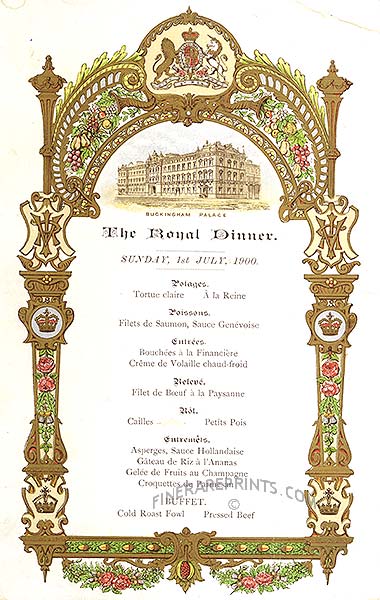 What does a chef do in Buckingham Palace?  Well, it ain’t Downton, that’s for sure. Though unlike commercial establishments, it does have predictability, as they say in a recent advert for a sous chef. Of course there are little niggling bits, besides the corgis running everywhere.

The pay, for a sous chef, for instance fetches only £25,000 a year, $41,000. Which, in the heart of London, is a pittance. Luckily there is accommodation, though they do not say whether this cost will be deducted from the gross wage. As everyone has come to know, the royals are not known for their frivolous approach to staff wages.

The possible upside is that the proposed sous chef must travel to various royal establishments in the UK for three months of the year. This will be in Scotland and Norfolk and probably Windsor Castle. The chef also has to help train up and coming youngsters, plan menus for Heads of State and work in all 45 hours a week.

During the summer there are what are called Garden parties. These are held in Buckingham Palace grounds. There can be up to 8,000 guests from all walks of life, often reflecting people who have done something, perhaps for the country or their community. Our chef(s) may well find such a moment a tad stressful. To cater to such a crowd 3 times each summer they need to make the following:

Depending on the vagaries of the British summer weather the drinks will be:

Heads of State banquets for chefs will also be stressful. Here is the one for President Obama’s visit. As is many cases it is all in French, so this is translated from Google Translate.

Roulade of Sole and Cresson

If this is worth it, the budding chefs must have worked experience from a 5 Star establishment. They don’t say when and what days off they have, nor what vacation time is allowed, bar the usual 3 – 4 weeks a year. Though when such holidays happen will be down to how the royal family need and want such a hard working individual to be around.

That then is the other side of feeding royalty, so when you see a Garden Party or a banquet for Heads of State give a little thought about the minions in the kitchen making it all happen.