We are dedicating this week to enchanting, romantic and mesmerizing France. While my concentration will be on food and recipes, I found it fitting to first offer some interesting facts about “la République française.” Also known informally as “l’hexagone” (the hexagon) because of the general form of the country. To not only whet the palate, but to fill the mind about one of the most captivating countries of our world.

Throughout its history, France has produced some of the world’s most influential writers, thinkers and Chefs: Descartes and Pascal in the 17th century, Voltaire in the 18th, Baudelaire and Flaubert in the 19th and Sartre and Camus in the 20th. Also of the 20th century, Georges Auguste Escoffier, a French chef, restaurateur and culinary writer who popularized and updated traditional French cooking methods. To date, France has won more Noble Prizes for Literature (15) than any other country.

According to French Desire, France is a nation of food lovers and the food culture contains some out of the ordinary facts. Food is to be enjoyed and savored, for example, lunch time in France is usually two hours long just for this reason. Except for large cities, almost everything closes from noon until two pm when French restaurants are open for lunch.

A survey of over 500 people through rsvp.com.au considered French food to be a turn on and a French restaurant was more romantic than an Italian meal.

Researchers are still trying to explain the ‘French paradox’ – low rate of chronic heart disease despite high saturated fat diet; some explanations include their consumption of red wine, the French style of eating and/or the saturated fats being mostly from dairy. The French also have one of the longest life expectancies of any EU country (longest for females, 3rd longest for males) and the incidence of obesity is very low (lowest in EU for men and 2nd lowest for females).

French wines can reach soaring prices. In 2013, a limited edition Balthazar – a massive 12-litre bottle – of Chateaux Margaux 2009 produced in the Médoc to the north of Bordeaux, went on sale in Dubai for an eye-watering GBP 122,380

Did you know there are over 1000 different types of cheese made in France? The blue/green-veined Roquefort is the oldest variety. Its ripening process, which takes place in natural caves, dates back to the 17th century.

The French consume enough cheese to provide 25 kg of cheese per person, making them the largest cheese consumers in the world. In addition the French produce over 300 different kinds of cheese.In addition to its use in cooking, cheese is often served as a course in itself. In this case, it is served after the main meal but before dessert. This typically consists of a platter with three or four different cheeses, from which guests can slice pieces according to their preferences. Slices of a baguette are typically provided at the same time.

Foie gras may be part and parcel of French cuisine, but its origins go back to 4,500 years ago in Ancient Egypt, from where it spread to Greece (500 B.C.E.), then to the Romans, ancestors of the modern French.

A truffle in the west sometimes means chocolates but in France, truffles are edible underground fungi. Believed to be an aphrodisiac, they are a favorite food in France. They are cultivated by men called trufficulteurs, who use trained pigs or dogs to hunt by smell alone for the truffles, which smell like walnuts or sunflower seeds.

In 1652, the first French cookbook appeared. “Le Cuisine François,” was written by a famous French chef, La Varenne, and it showed how French cuisine had become a vital part of cooking and dining in Europe. The book provided many preparation methods, including making a roux (a mix of flour and butter used for thickening soups and sauces). Before roux, the French, and others, had simply put bread in the soup to thicken it. Changes like these would make French cooking the most important type of cooking in Europe, and then the world.

There are on average two new cook books produced very day in France. American Julia Child is world recognized for introducing French cuisine to America with her debut cookbook, Mastering the Art of French Cooking.

There are four approaches to French food:

Classical French cuisine which is rich and filling, with many dishes using cream-based sauces.

Haute cuisine is classical French cuisine taken to its most sophisticated and extreme. Food is elegant and elaborate with a strong emphasis on presentation. Only the finest ingredients are used and the meal is correspondingly expensive.

Nouvelle Cuisine was developed in the 1970s, as a reaction against the classical school of cooking. The food is simpler and lighter. Portions are smaller and less rich; the heavy cream sauces of the classical approach are particularly avoided. Cooking is less elaborate and quicker, with more emphasis on seasonal ingredients.

Cuisine du terroir focuses on regional specialities and is somewhat more rustic in nature. Local produce and food traditions are the main focus.

BRITTANY specialties include crêpes and galettes 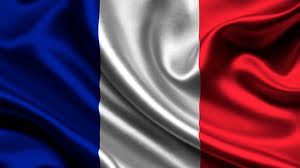