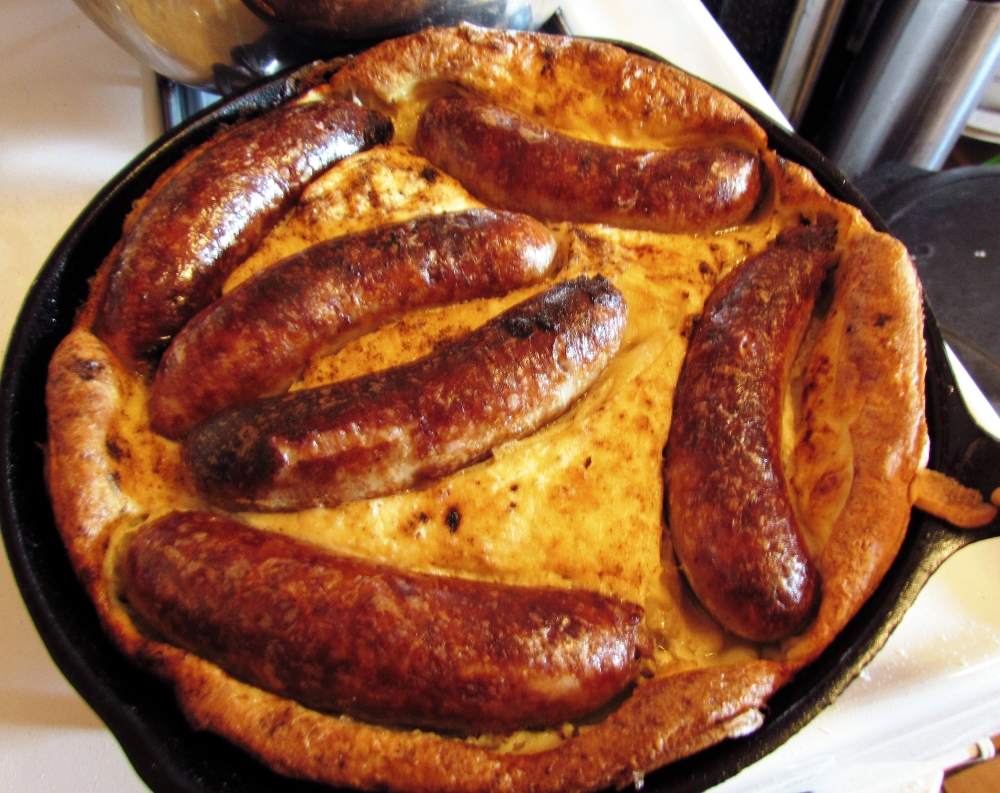 It’s believed that Toad in the Hole, a traditional English dish consisting of plump, juicy sausages nestled and baked in Yorkshire pudding batter, actually goes back to Roman times.

However, the origin of the name “Toad-in-the-Hole” is often disputed. Some suggest that the dish’s name comes from its resemblance to a toad sticking its head out of a hole. It is rumored to have been called “Frog-in-the-Hole” in the past, although little evidence exists to support this theory. It has also been referred to as “sausage toad” 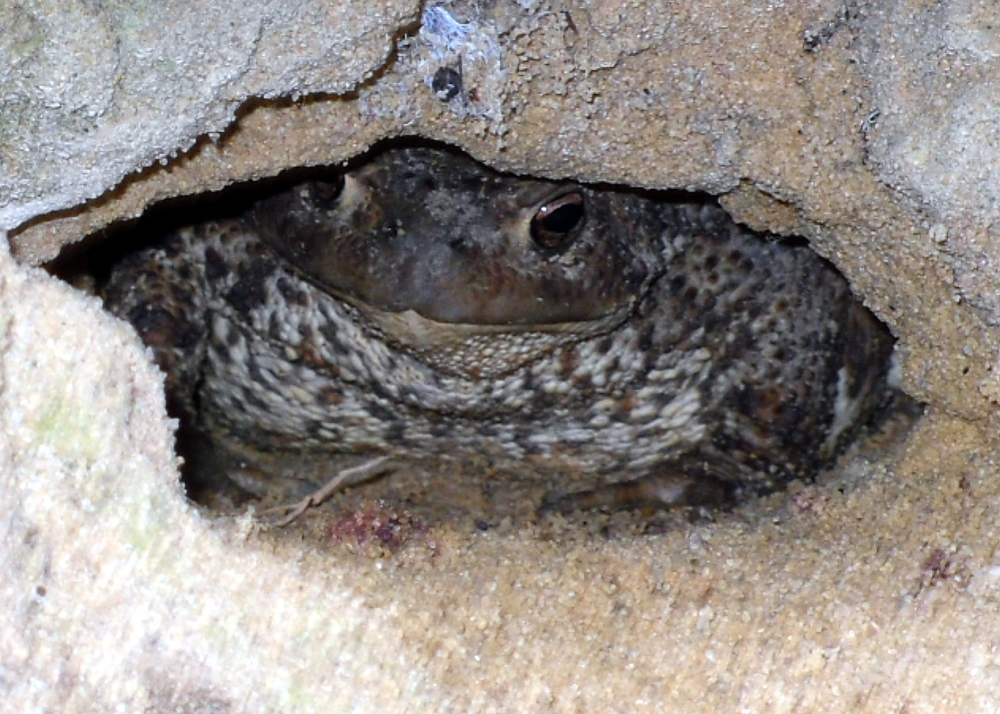 Served with lashings of onion gravy and green peas on the side, this is simple English dining at its best. Legend has it that you’ll never find Toad in the Hole in Yorkshire. If you make your way up north, you’ll be served a large Yorkshire pudding with gravy for a starter, while the sausages and peas make up a course of their own.

Note: The tastier the sausages, the better the finished dish. So make sure you choose your favorites.

“Toad in the Hole” Ingredients: 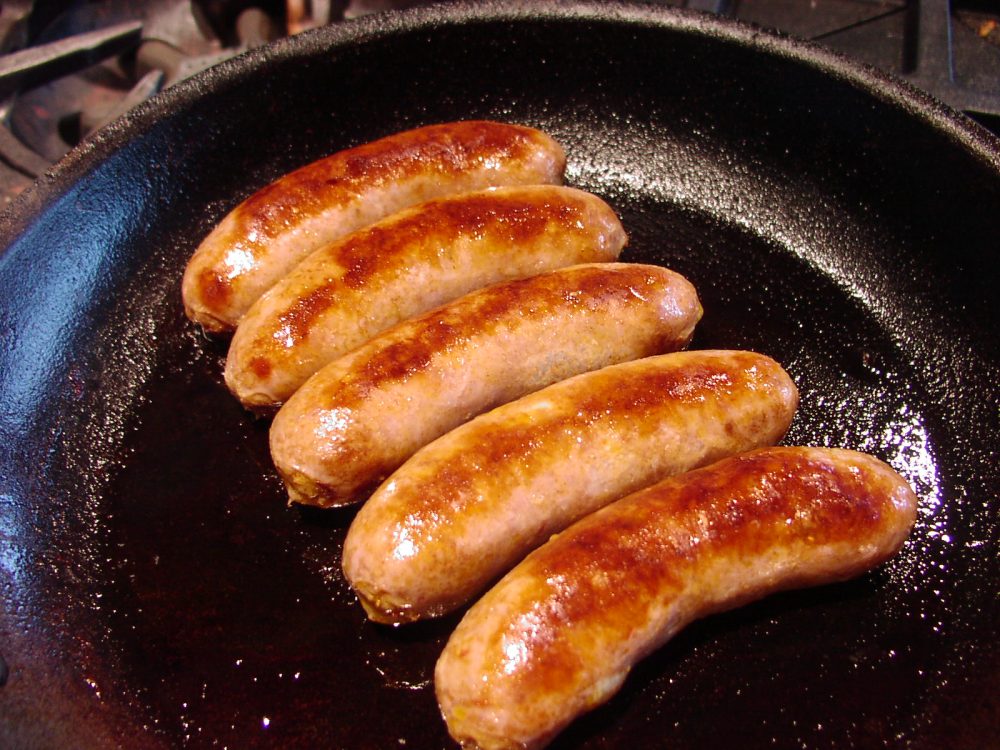 Butter a large baking dish that will hold all the sausages and the Yorkshire pudding mix in one and have space to allow it to rise as it bakes. In this case, bigger is better.

Make the pudding mixture first, so it has time to rest while you’re cooking the sausages.

Heat oven to 450* F. While the oven heats, mix the flour, salt, pepper, nutmeg and eggs together, then gradually beat in the milk until batter is smooth and creamy. Set aside to stand.

Heat the oil in a heavy sauté pan over medium heat. When hot add the sausages either whole or cut in half; brown until golden. Turn the heat down a little; add the chopped onion and sauté until onions are soft and lightly browned.

While the onion is still cooking, add a little oil or butter to your baking dish and place in the hot oven. When fat is sizzling remove the dish from the oven. Spread out sausages and onions then pour the batter over. Place the dish back in the oven. 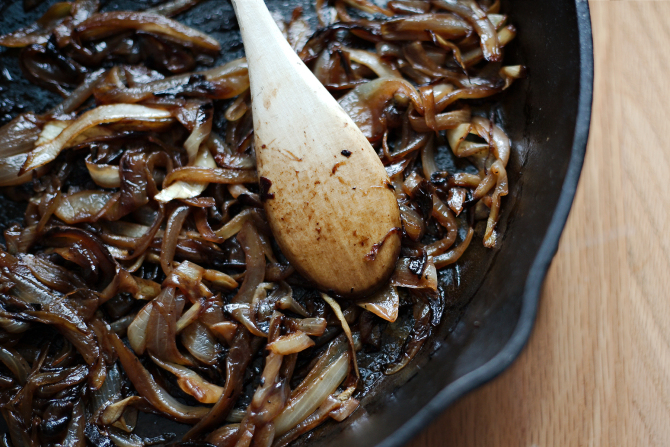 *Note: If the fat or the oven is not hot enough, the puddings will not rise and crisp, so be patient!

Bake the Toad until well risen and golden , about 30-45 minutes depending on the size of your baking dish. 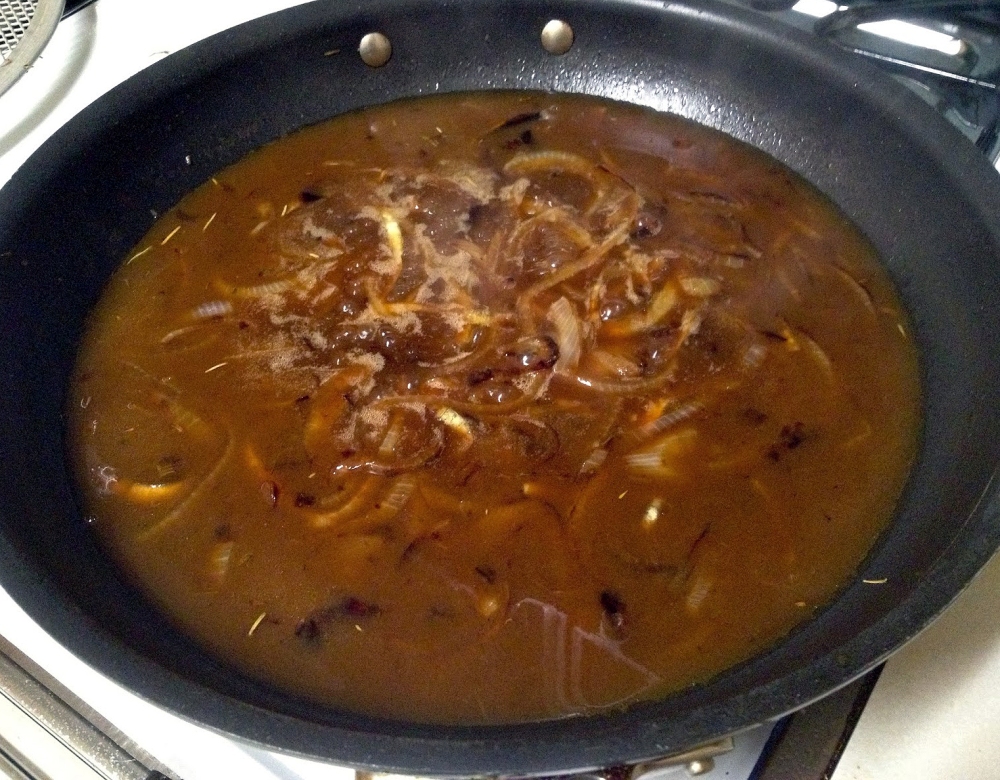 Heat butter in a medium sized saucepan over medium heat. Add onions and sauté until golden, about 10 minutes. Sprinkle flour over onions and continue sautéing and stirring, for 2-3 minutes.

Gradually add the stock, herbs and Worcestershire sauce. Reduce heat, partially cover and simmer for 10-15 minutes to allow the flavors to develop and sauce to thicken; stirring from time to time. 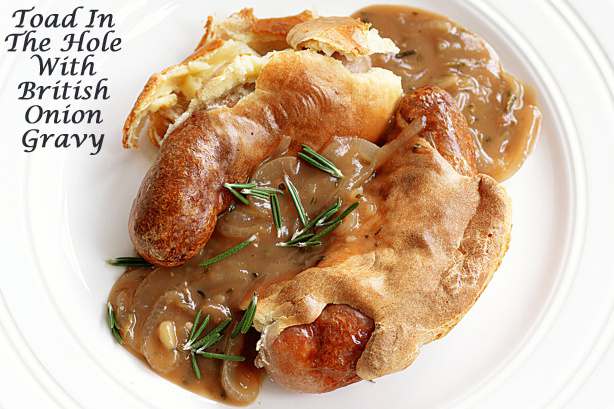