This week we’ve celebrated the wonders of American Fare. Served up today is another U.S culinary phenomenon, Eggs Benedict!

Contrary to popular belief Eggs Benedict’s origin is not that of foreign ground. Yep, it’s all American! It even possesses its own National Day, April 16th, which I missed this year. Better late than never, so I hear, it’s the thought that counts…

Allow me to fortify its origin with a few historical credits. There are two versions of Egg Benedict’s beginning—pick a favorite? 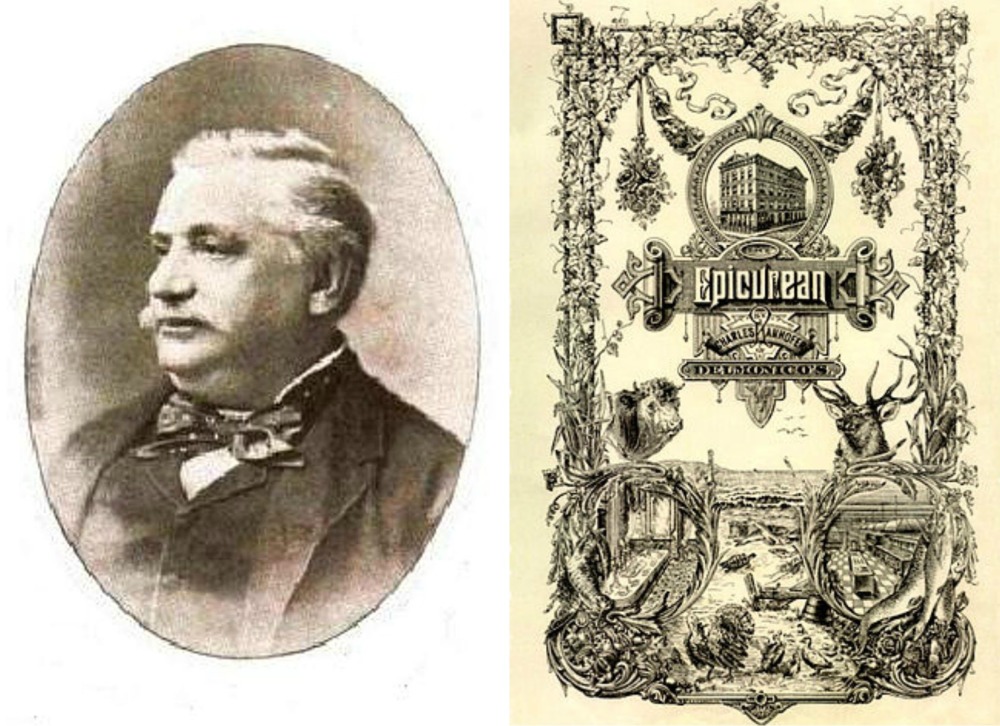 #1: 1860s – Credit is given to Delmonico’s Restaurant, the very first restaurant or public dining room ever opened in the United States. In the 1860’s, a regular patron of the restaurant, Mrs. LeGrand Benedict, finding nothing to her liking and wanting something new to eat for lunch, discussed this with Delmonico’s Chef Charles Ranhofer (1936-1899), Ranhofer came up with Eggs Benedict. He has a recipe called Eggs a’ la Benedick (Eufa a’ la Benedick) in his cookbook called The Epicurean published in 1894:

Recipe: Eggs à la Benedick- Cut some muffins in halves crosswise, toast them without allowing to brown, then place a round of cooked ham an eighth of an inch thick and of the same diameter as the muffins one each half. Heat in a moderate oven and put a poached egg on each toast. Cover the whole with Hollandaise sauce.

#2: 1894 – The following story appeared in the December 19, 1942 issue of the weekly New Yorker Magazine “Talk of the Town” column and is based on an interview with Lemuel Benedict the year before he died.

In 1894, Lemuel Benedict, a Wall Street broker, who was suffering from a hangover, ordered “some buttered toast, crisp bacon, two poached eggs, and a hooker of hollandaise sauce” at the Waldorf Hotel in New York. The Waldorf’s legendary chef, Oscar Tschirky, was so impressed that he put the dish on his breakfast and luncheon menus after substituting Canadian bacon for crisp bacon and a toasted English muffin for toasted bread.

1896 – Fannie Merritt Farmer’s (1857-1915) revised, edited, and reissued Mary J. Lincoln’s cookbook called The Boston Cooking-School Cook Book. In it is a recipe for Eggs à la Benedict. The recipe is as follows:

Eggs à la Benedict – Split and toast English muffins. Sauté circular pieces of cold boiled ham, place these over the halves of muffins, arrange on each a dropped egg, and pour around Hollandaise Sauce II , diluted with cream to make of such consistency to pour easily.

On this belated National Eggs Benedict day I offer you a simple Eggs Benedict recipe for beginners. You will find yourself using it as you advance to any cooking level…promise!

This version of the highly adored (well, I adore it) classic Eggs Benedict recipe is virtually ready in minutes without all of the once feared preparation. Never fear your food, bad joo joo. Plus good cooking truly isn’t rocket Science; it’s about creativity–your creativity 🙂 Makes 4-6 Servings

This recipe for rich, super easy, blender hollandaise sauce is the quickest and simplest version of classic hollandaise sauce that I have ever found or developed. It’s so simple you’ll find yourself preparing it to drizzle over your favorite veggies; asparagus, broccoli, artichokes—any and all as you like them!